Contemporary mixed-media artist Gill Storr describes her work as ‘deconstructed photography’. Each hand made original piece incorporates multiple layers of a photographic image with a range of mediums - gels and wax, oils and acrylics, decal paper and tissue, even the occasional spray can – to create an almost sculptural, 3d feel.

Using traditional photography as her starting point, Storr takes a flat and subjective image and uses it as a foundation on which to build an original piece that forces the viewer to see the scene purely from the artists’ point of view. Adding physical texture and brush strokes, she draws the viewer’s attention to the focal points of the piece in order to dictate a shared viewing experience. Having spent many years in the graphic design industry where digital is king and detail is paramount, Storr was keen to break away and this is reflected in her loose, flowing pieces with their semi abstract approach, distinctive use of colour and strong sense of movement.

With her signature use of choppy textures and fluid layers, much of Storr’s work focuses on boats and sailing. She was inspired after reconnecting with her family history which revealed the fascinating source of her unspoken affinity for the water. Her Grandfather’s uncle was the King’s Bargemaster in the early 1900s and enjoyed an illustrious career as a professional sculler with connections to Cambridge University Boat Club. Subsequent generations continued this connection with the water, putting down roots in Putney and Greenwich and Gill herself bought her first riverside property by the Thames in her 20s.

A long-standing love affair with New York has always underpinned Storr’s work, but her discovery of The America’s Cup tied both her inspirations together. The history, the competition and the vibrancy of the race combined to create the perfect muse, but she has since branched out to capture modern yachting scenes, drawing upon the inspiration she felt after completing her first piece.

Born and brought up in London where she is still based, Storr studied Fine Art and went on to co-found a global design and marketing agency. She always pursued her own creative work in the background however, and in 2017 she decided to focus more on original artwork, blending her artistry with her knowledge of design. This transition from designer to artist originated in a desire to make tactile, rather than digital, artworks.

In 2019 she stepped away ompletely from the graphic design role which was beginning to feel less creative and more constrained, and in a short space of time her artwork had made an impact at several shows and online. She has established herself as an original and interesting emerging artist and now has work in private collections in the UK and US.

“My work draws on previous creative inspirations to add zest and variation to the pieces I create.” 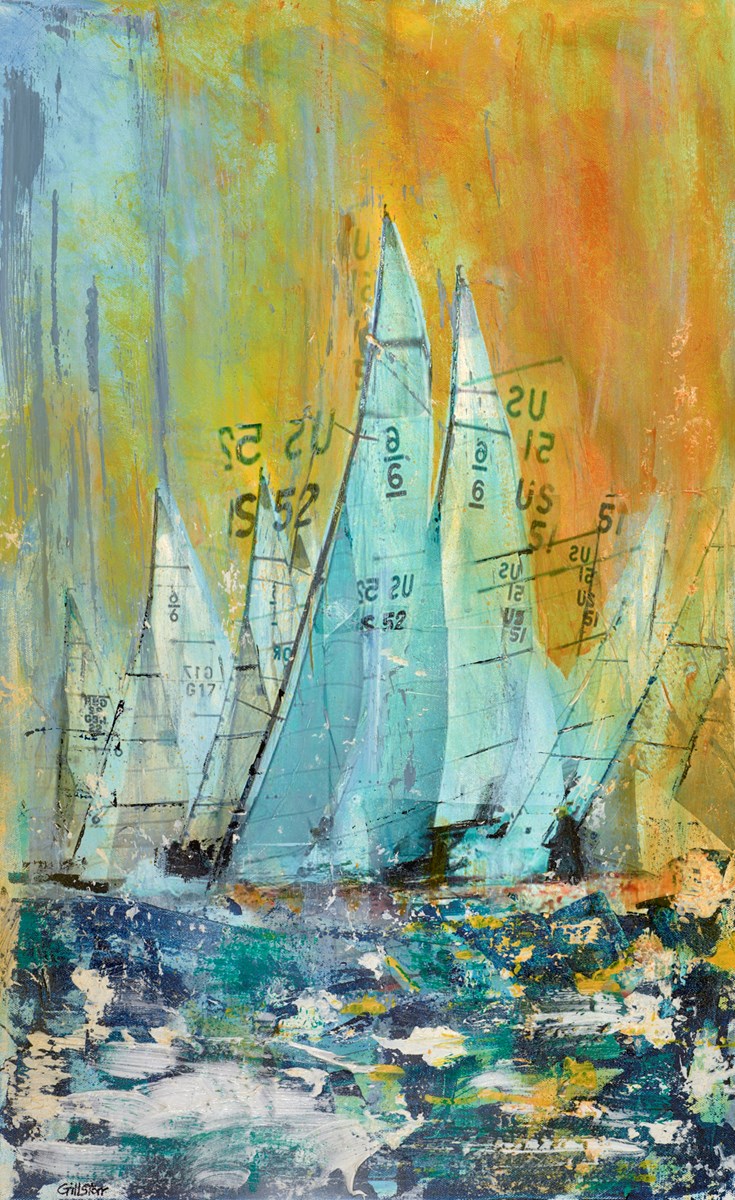 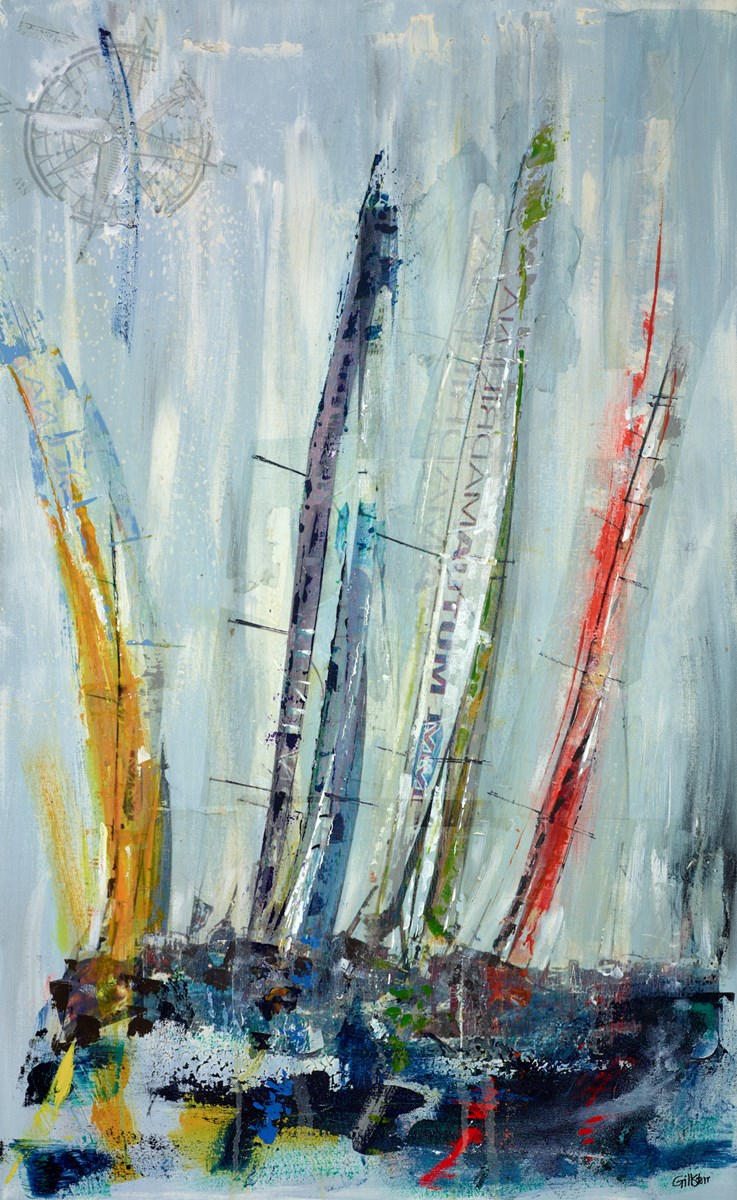 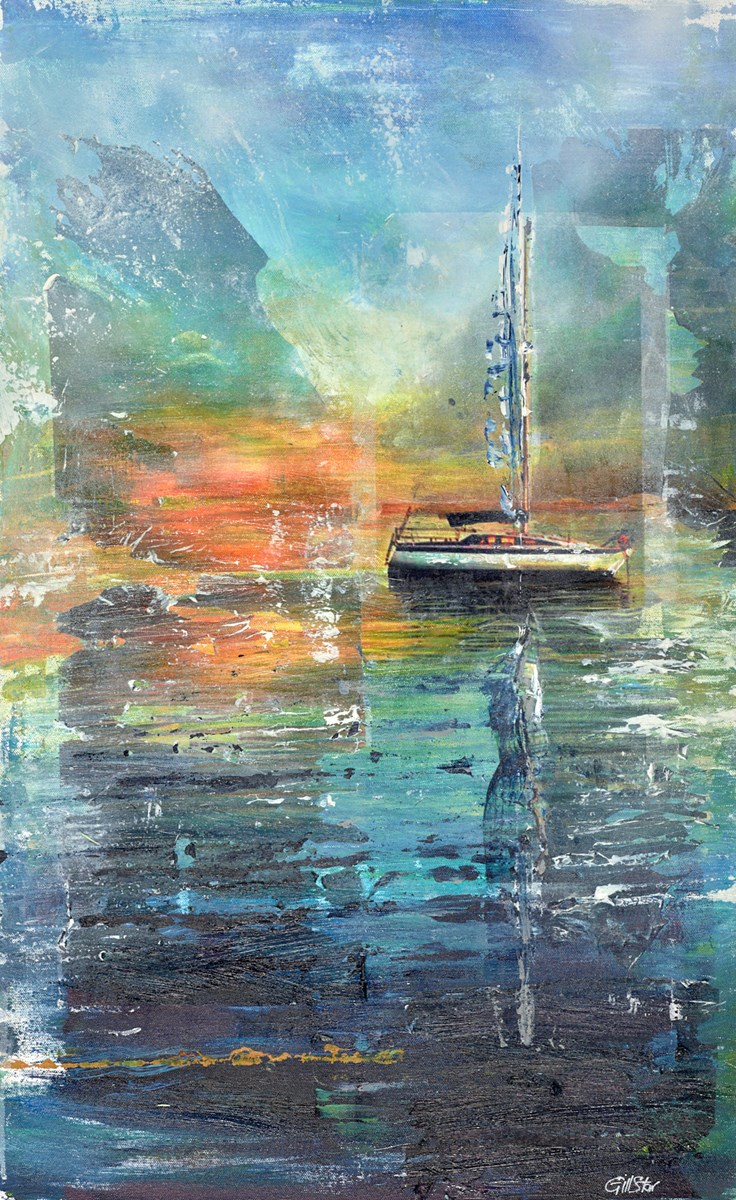 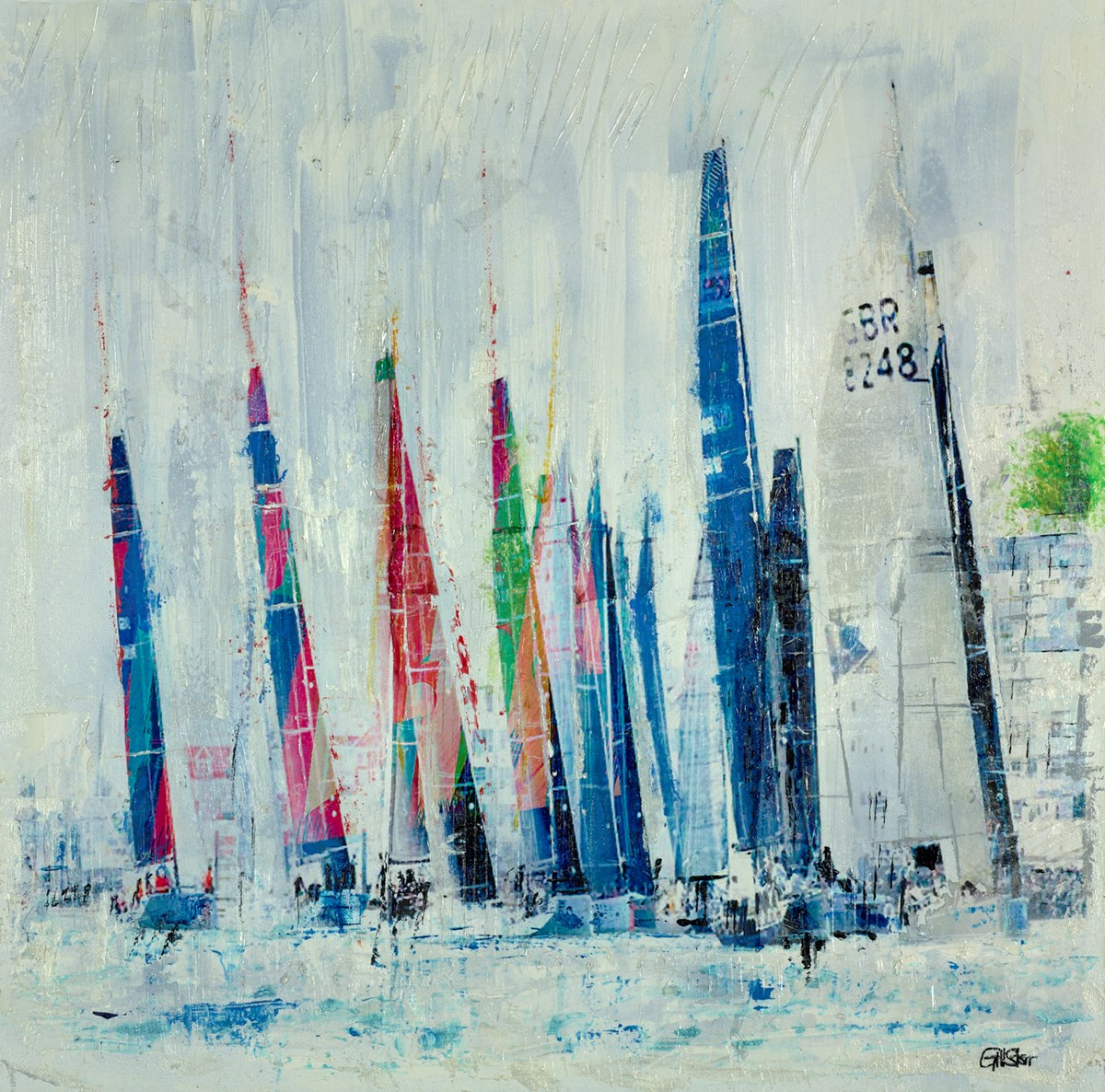 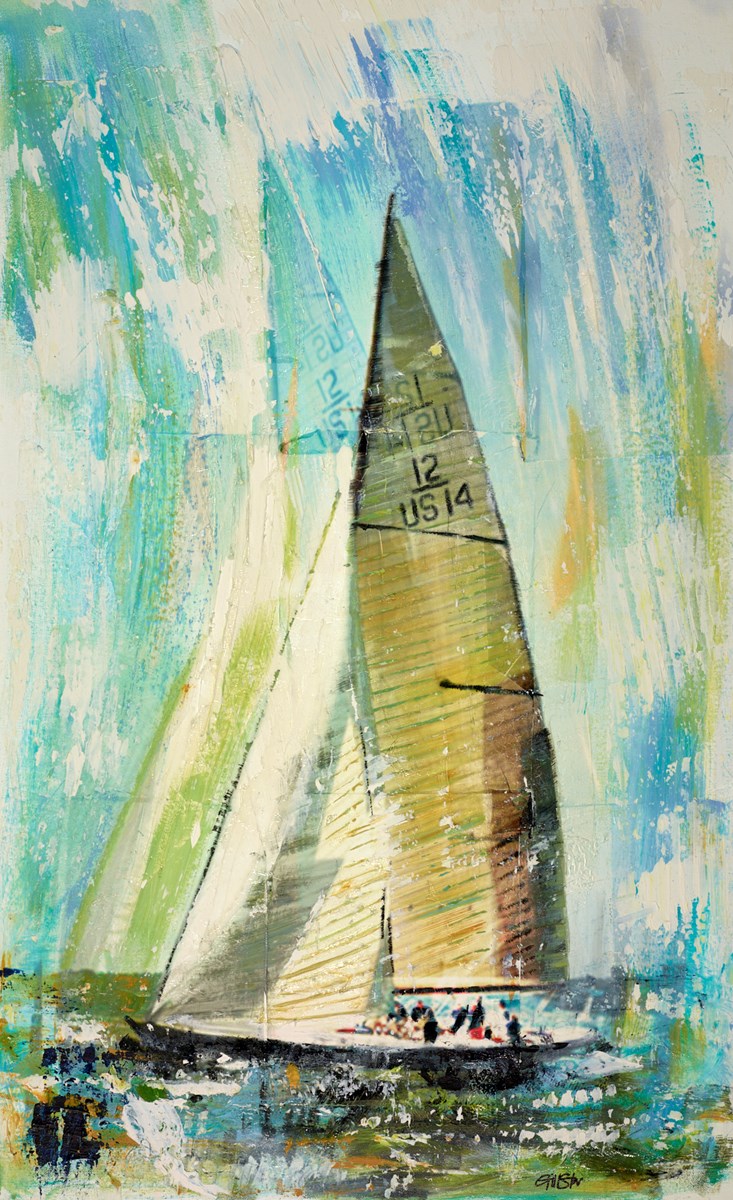 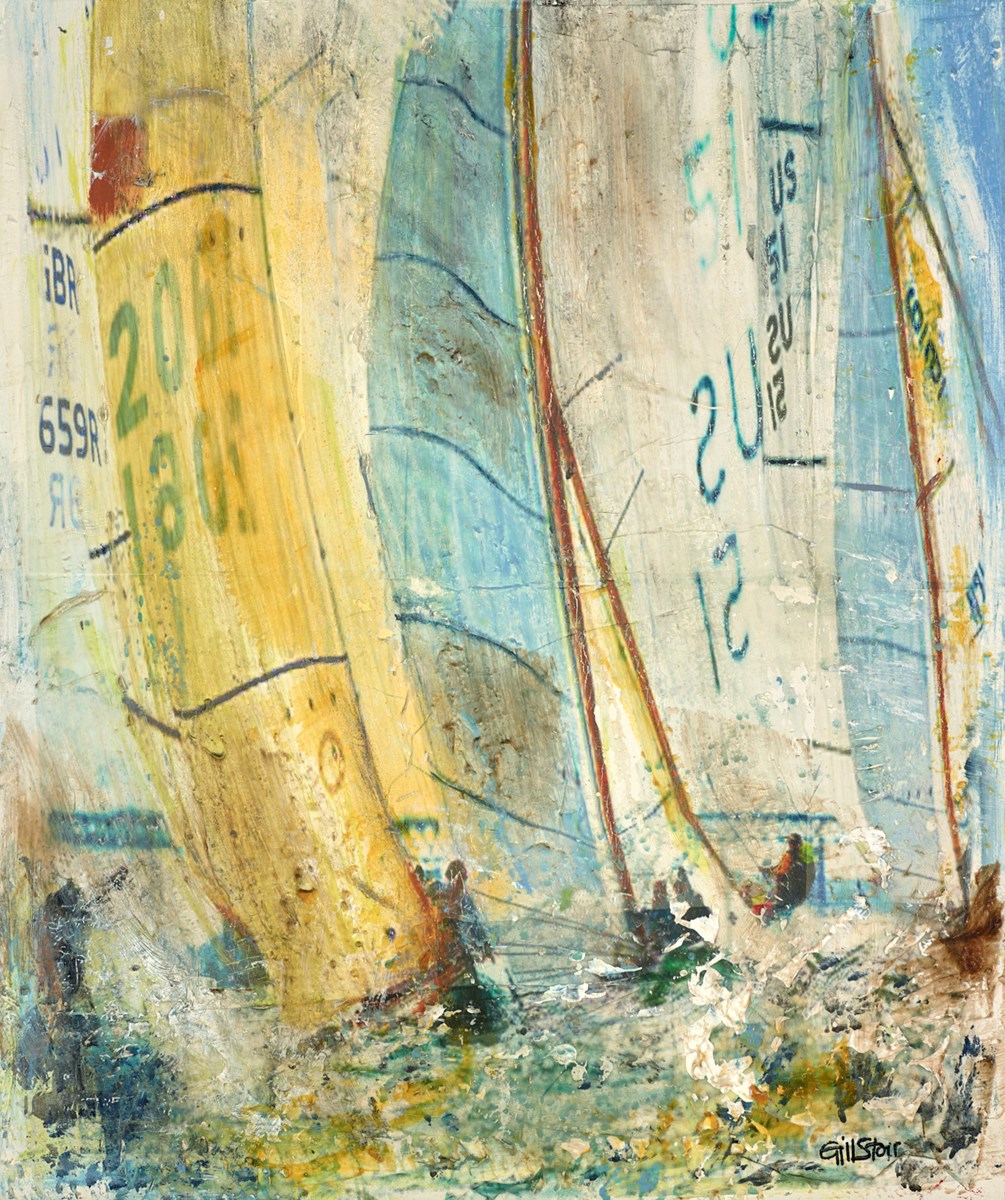