Rebecca Lardner is one of the UK’s most highly sought-after and collectable artists. In 2008 she was voted the best new artist in the UK by the nation’s art galleries, and in 2010 she was named as the UK’s Artist of the Year. Since then her whimsical paintings have been featured widely in the media, demand for her work has soared and she has been dubbed ‘the modern day L.S.Lowry’.

Rebecca’s quintessentially British style originates in her Dorset upbringing; although much of her early work is figurative, her love of the distinctive coastline has been the mainstay of her success. Her upbeat scenes portray the lively world of the traditional English fishing village from a contemporary standpoint, with an irresistible combination of quirky humour and technical panache. The timeless subject matter gives these pieces a singular charm and the marine element is accentuated by the distinctive palette that never strays far from the blues, greys and greens of the ocean.

While her enchanting harbour scenes retain the style and colours that have made them so well-loved, there are always new elements in each collection; beach huts, farm animals, art galleries and hotels perfectly situated overlooking the bay…. Her departure into the world of sculpture has also contributed to her ongoing success and status in the art world.

Trained in art to degree level, Rebecca forged an early career in illustration, but her future as a fine artist was always inevitable. While she downplays the mention of celebrity buyers and a one-off commission for the Paul McCartney Music Academy, she is no longer able to downplay her extraordinary success which has taken her work as far afield as Australia and New Zealand. 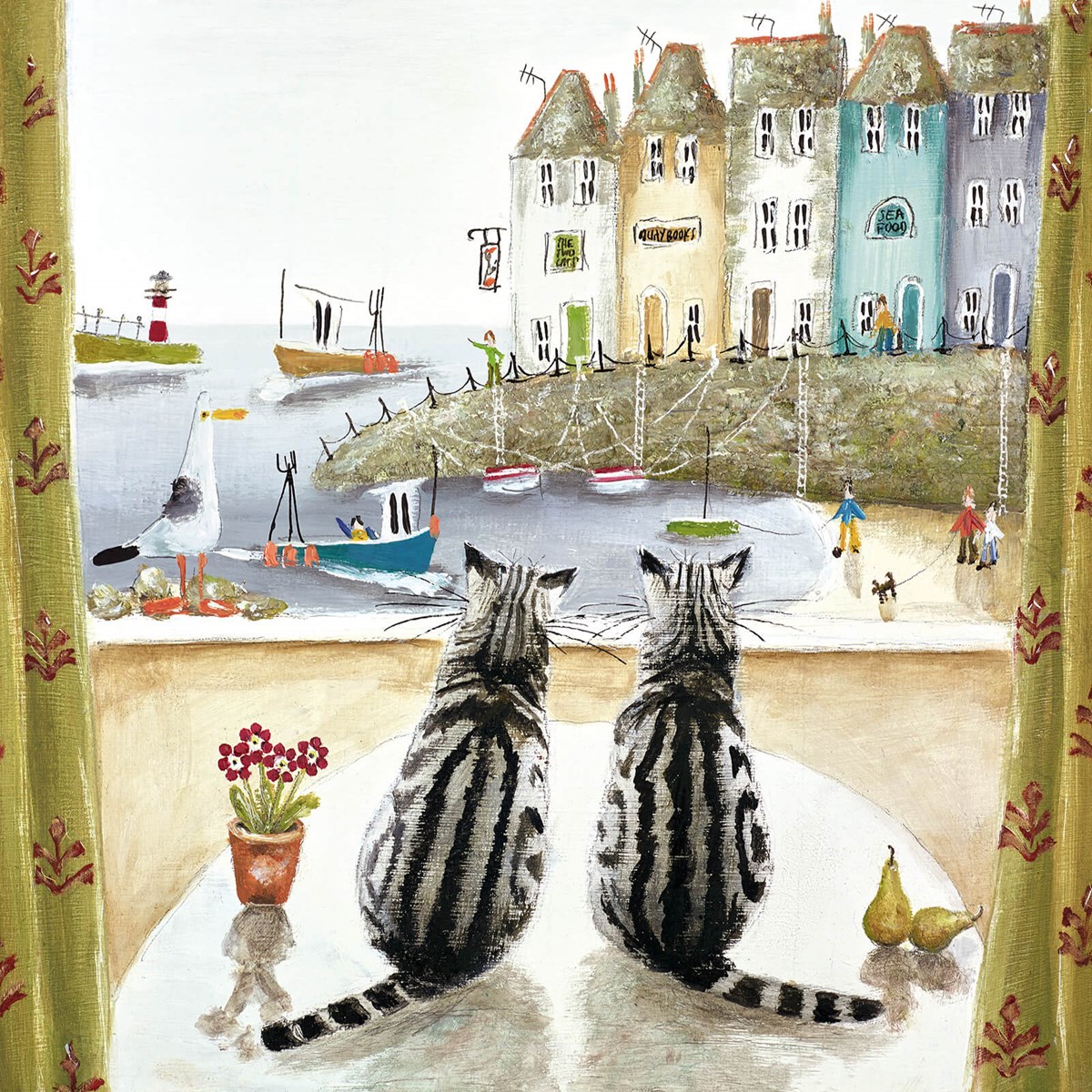 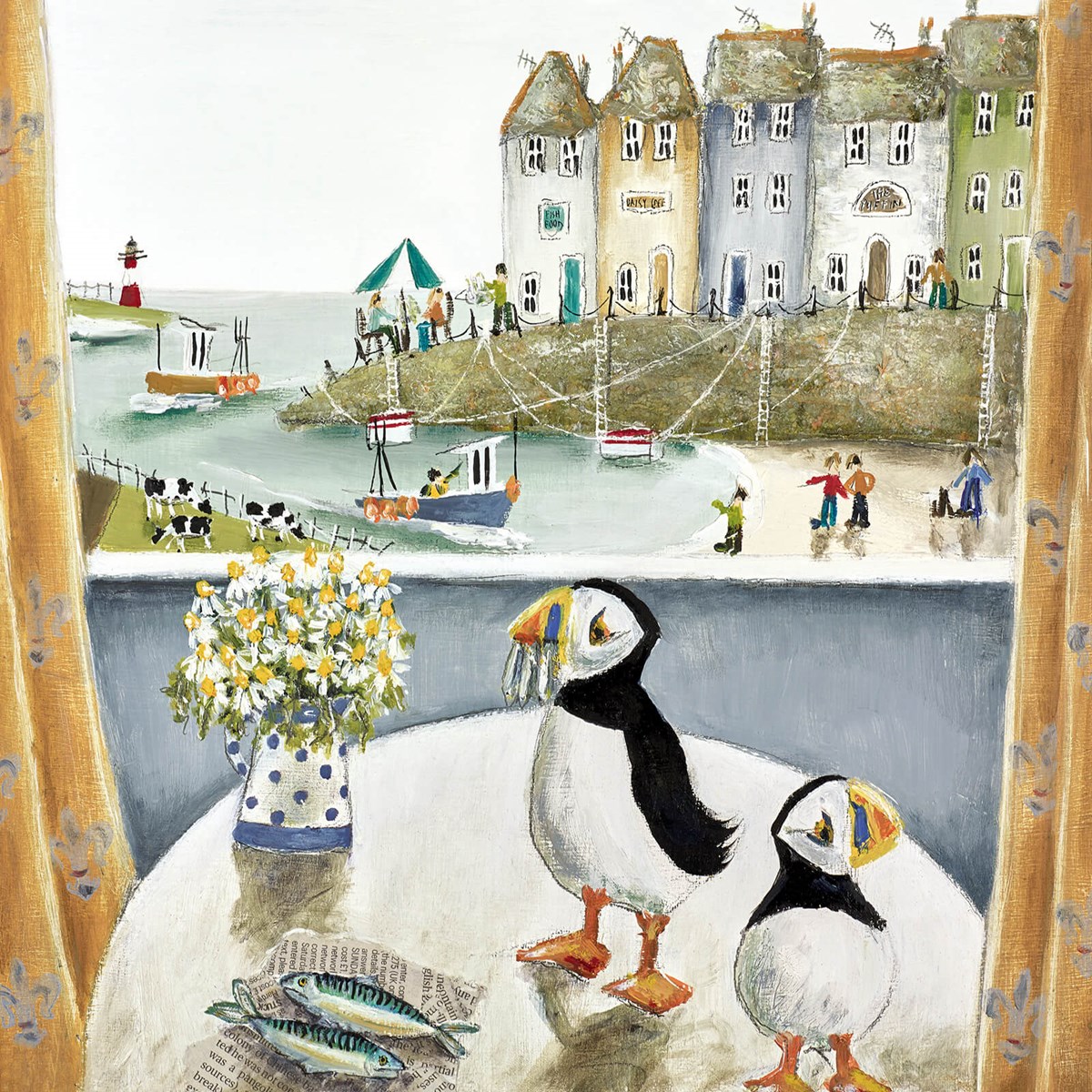 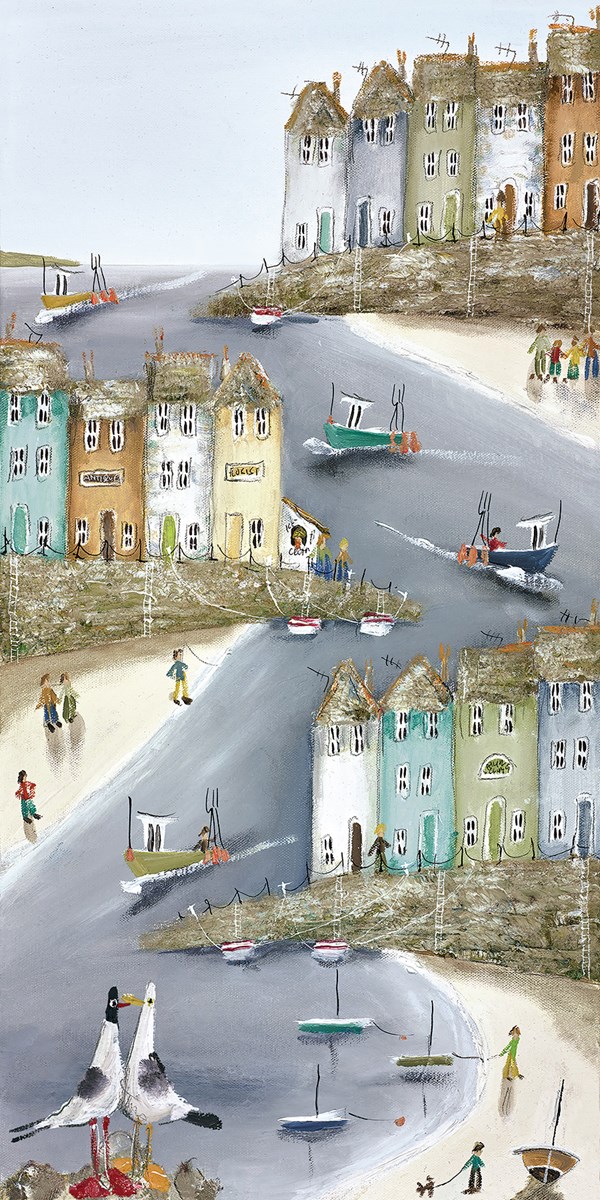 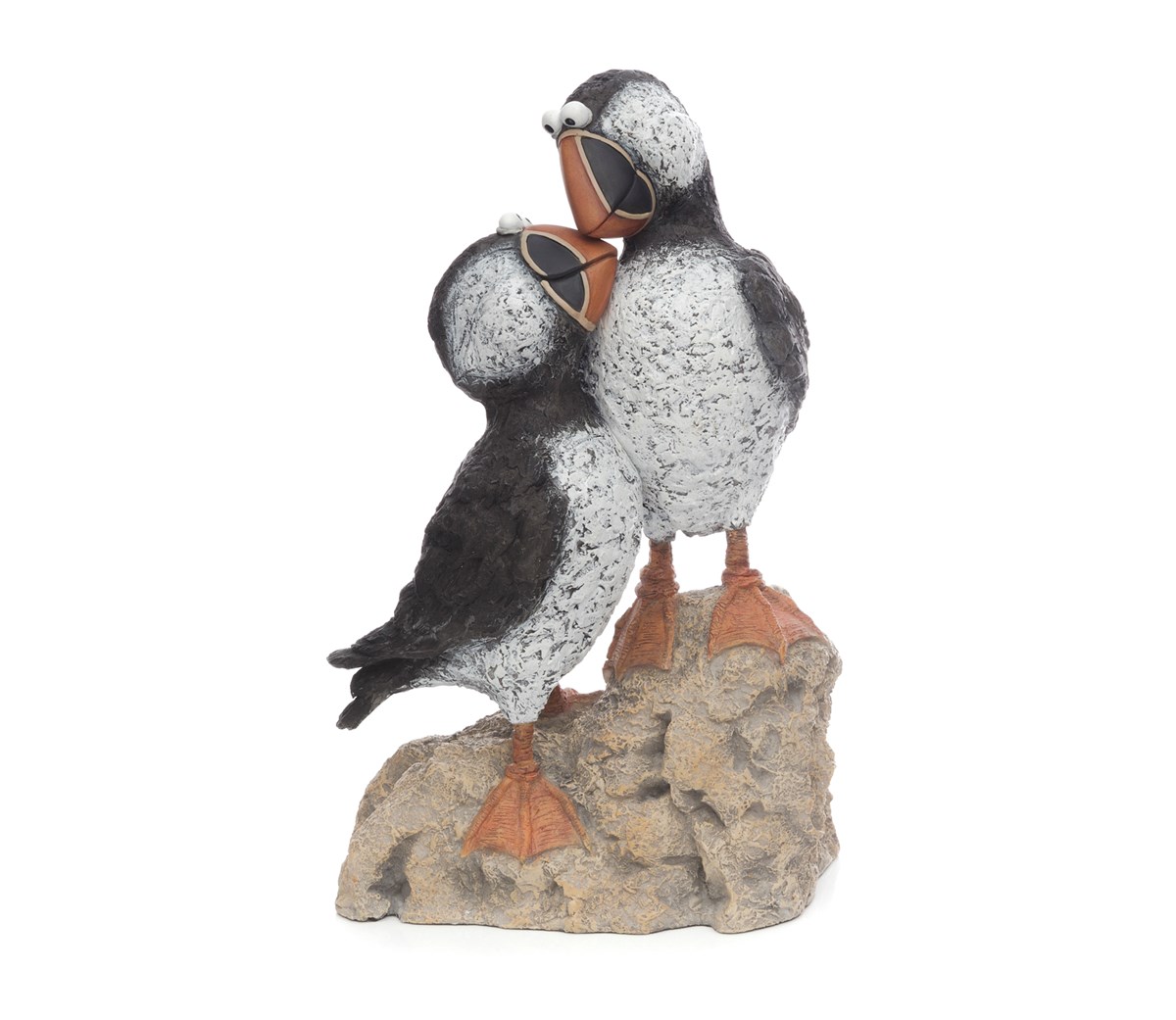 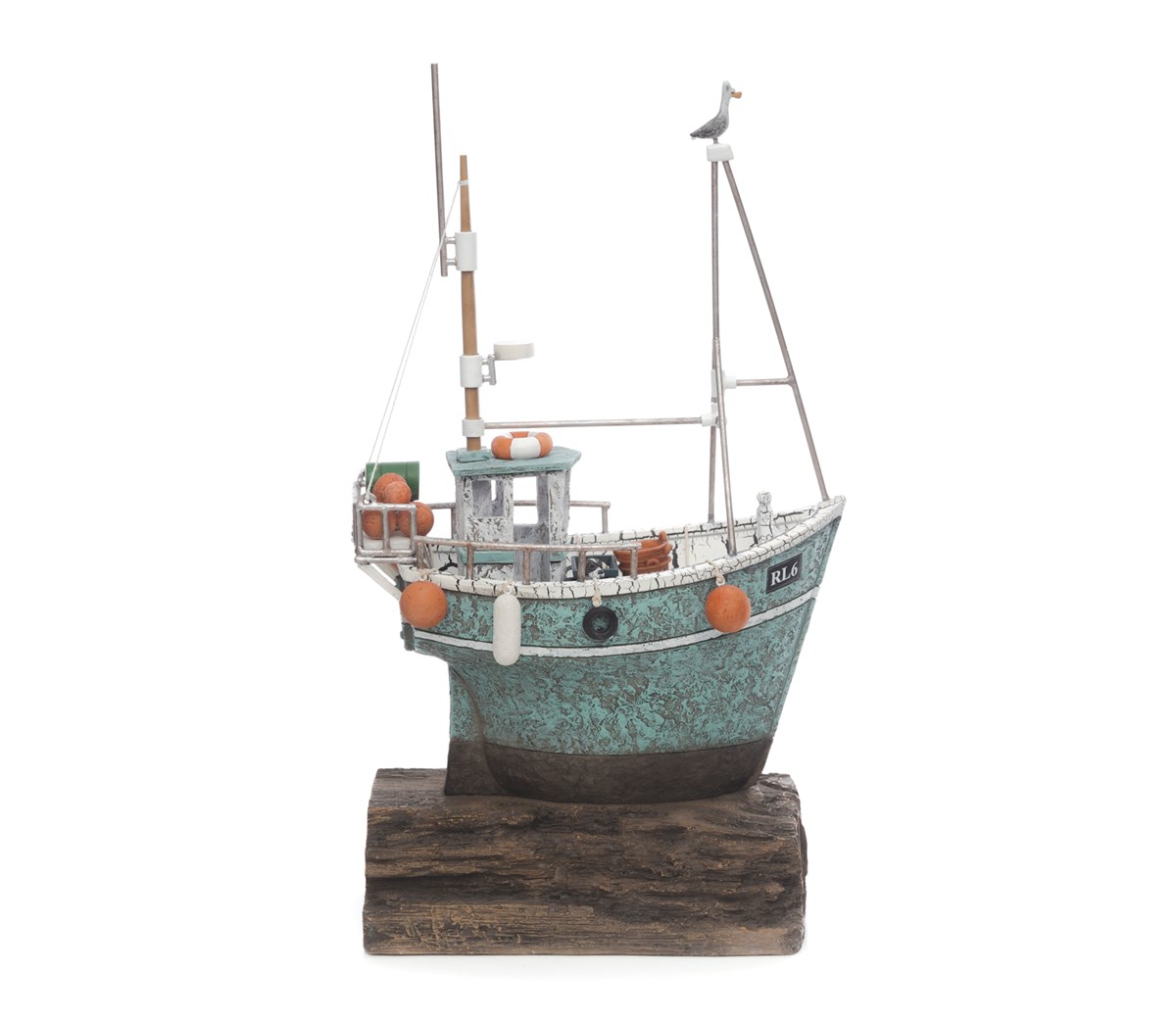 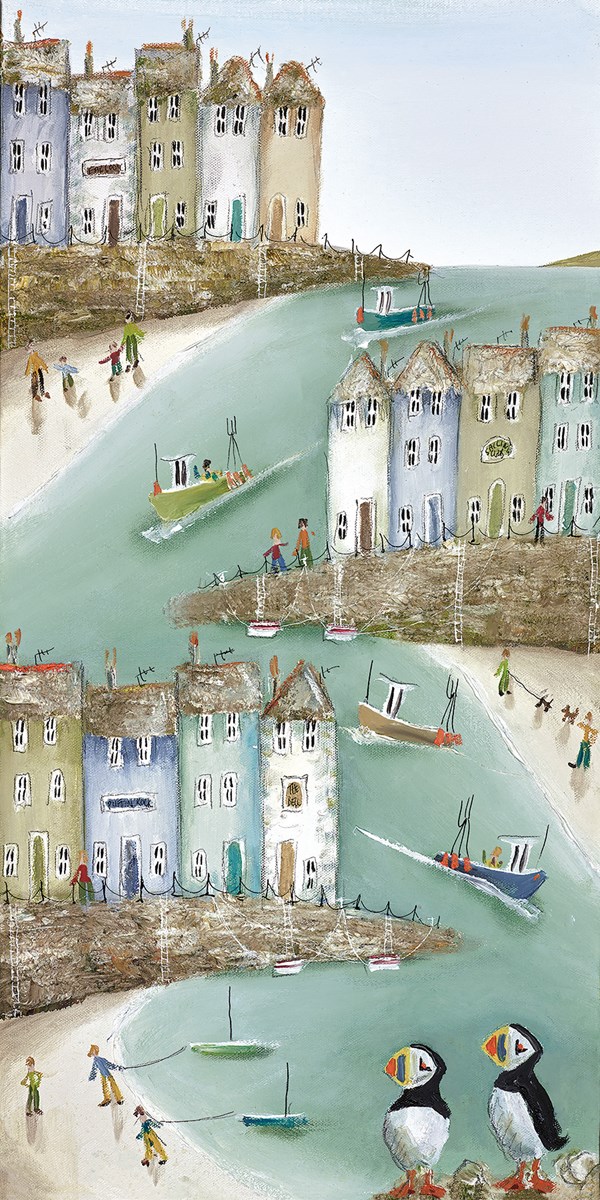