Yuvi describes himself as a graffiti inspired pop artist saying: “The street as the graffiti artist’s main source of inspiration makes the work accessible, authentic, and relatable.” The animation and vibrancy in each work takes us straight back to the streets which inspired them, and has won him exhibitions and admirers in places as diverse as New York and New Delhi. We are proud to introduce his work to the UK for the first time.

Superheroes, scientists, artists, movie stars, animals – all these and many more subjects make appearances in his work. Using humour and defiance, he gives an artistic voice to his world view, exploring issues which he cares passionately about, from social criticism to iconic homage, in his deeply personal language.

Born in Tel Aviv- ‘the other city that never sleeps’ - in the 1970s, Yuvi spent much of his early life in a hipster neighbourhood known as Florentine which is now the heart of the city’s graffiti scene. Yuvi grew up surrounded by graffiti, music, politics and the social agenda of a city with a hugely cosmopolitan character. All these influences combined to ignite his imagination and direct his creative and tempestuous personality into highly expressive and vibrant artistic statements.

After studying Graphic Design, he spent some time travelling around Europe and living in the United States. Exposure to more diverse cultures, aesthetic styles and artistic forms of expression allowed him to take his art to new and exciting levels and he was inspired by such American icons as Andy Warhol and the elusive and controversial British artist Banksy.

Yuvi combines traditional techniques with digital technology. His characters and their settings are formed from paint, printed paper cuttings, layers of old newspaper clippings, sketches, silk screen prints, various glues, inks, spray paints, sand, glass fragments and more. He often uses his bare hands which means he has an intense physical relationship with every piece he creates; to look at his hands after a day in his studio is to understand his dedication, passion, and love for his work. The finished composition is intensely tactile and the spectator is invited to feel the work with their own hands. 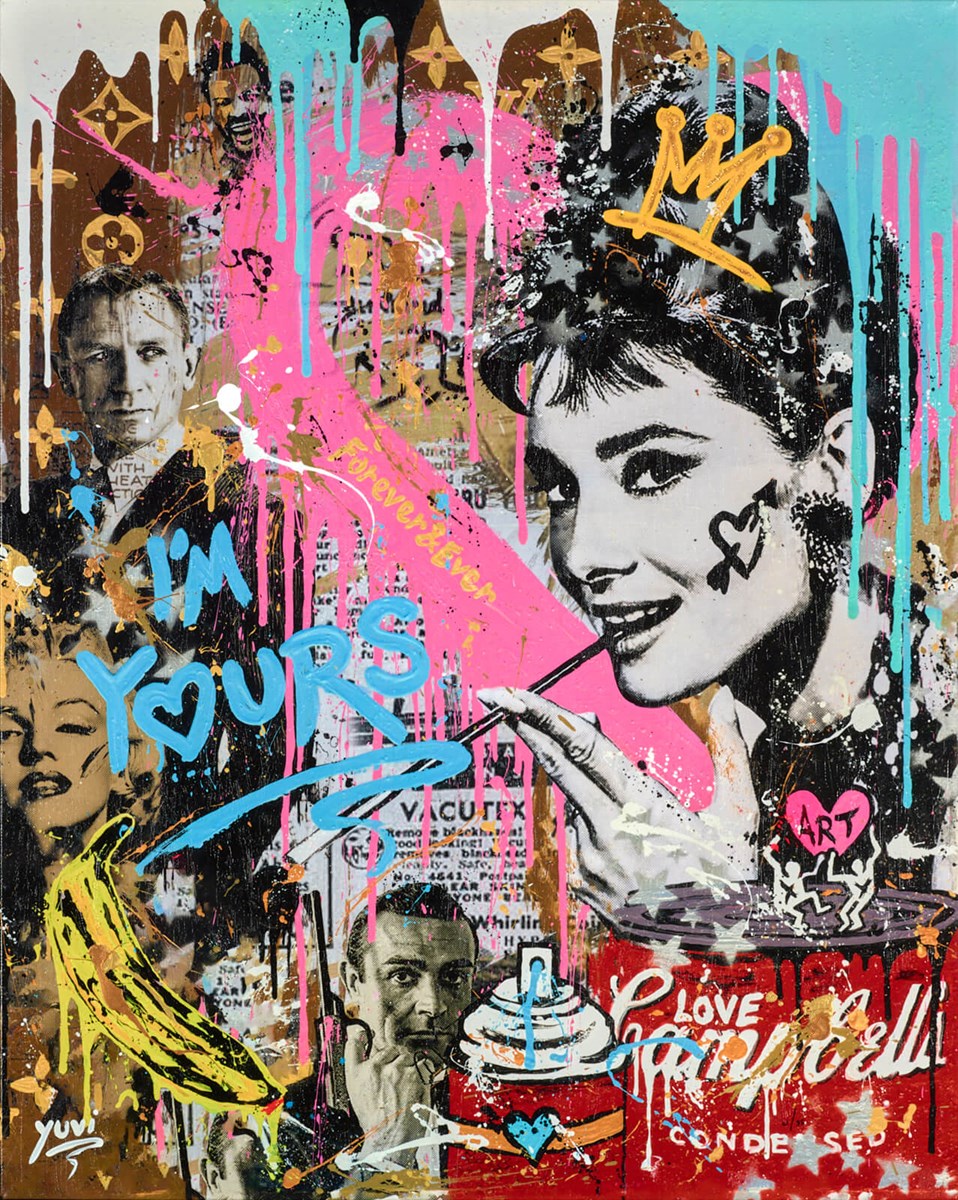 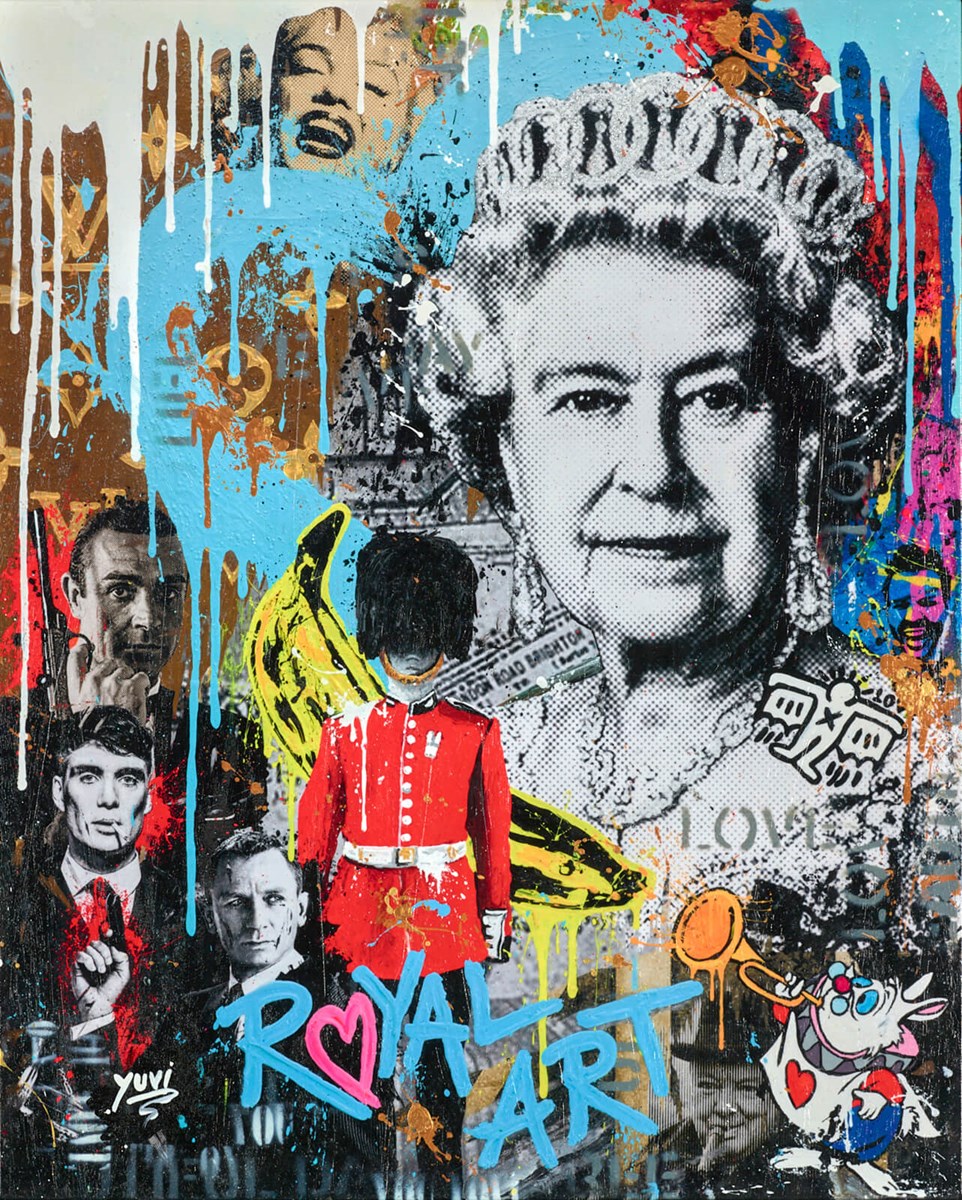 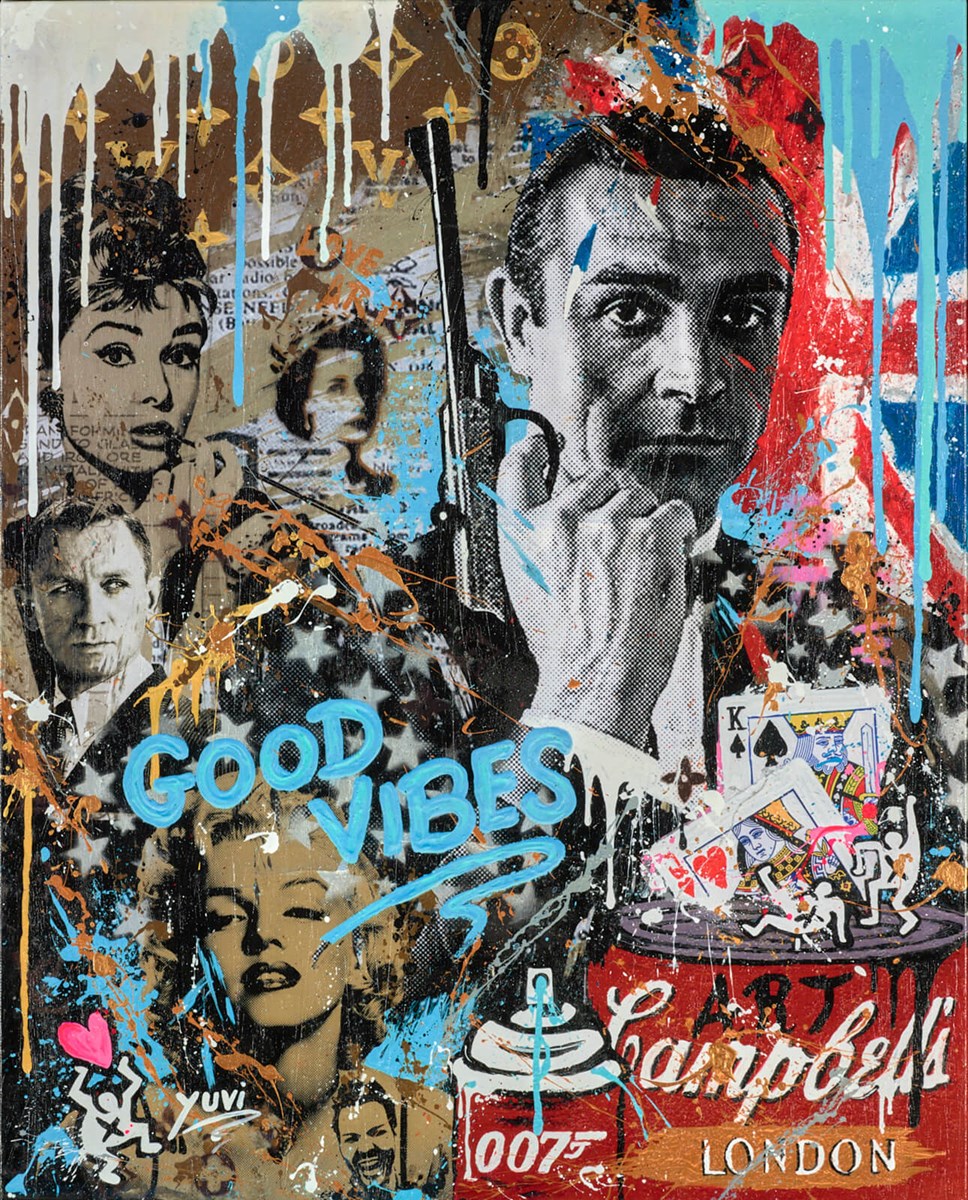 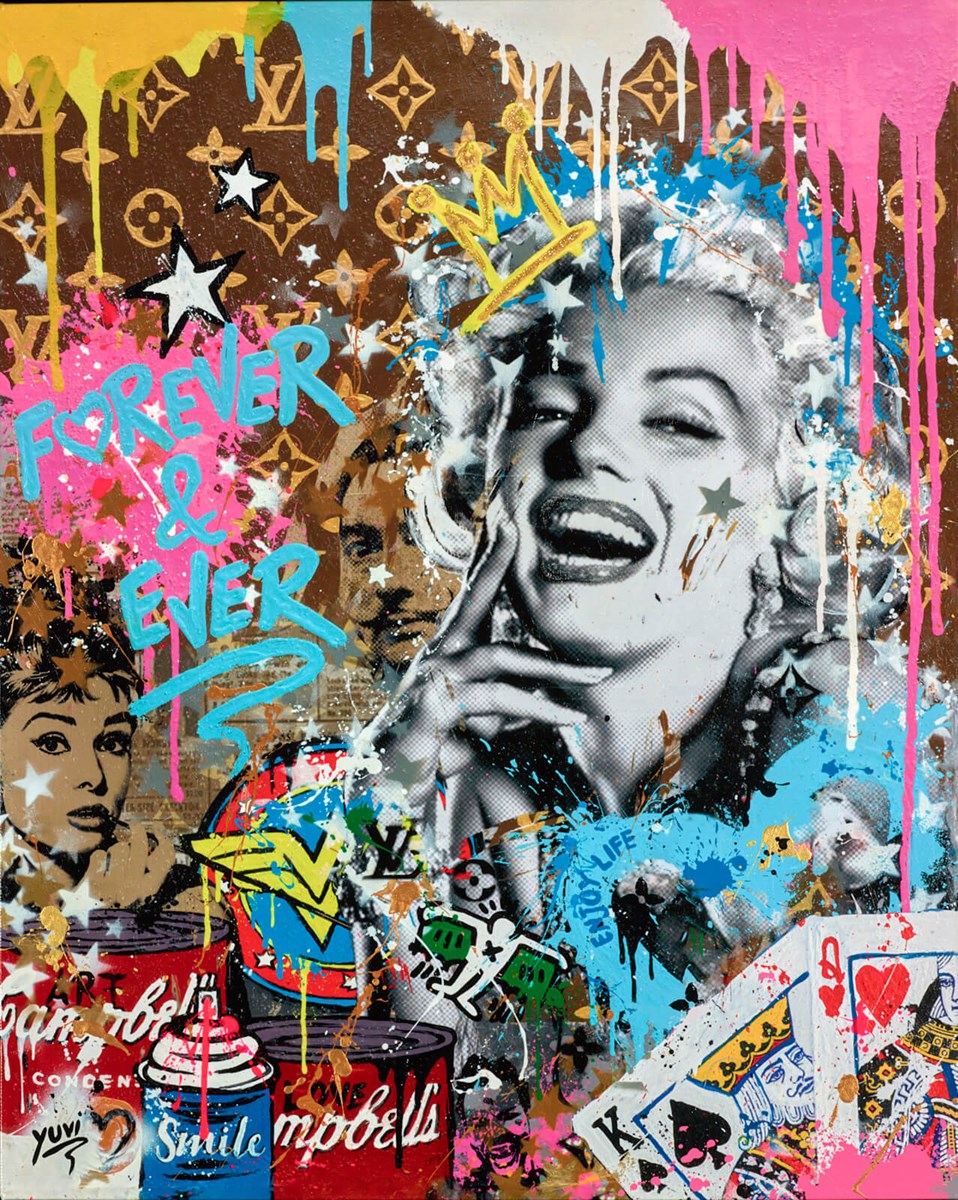 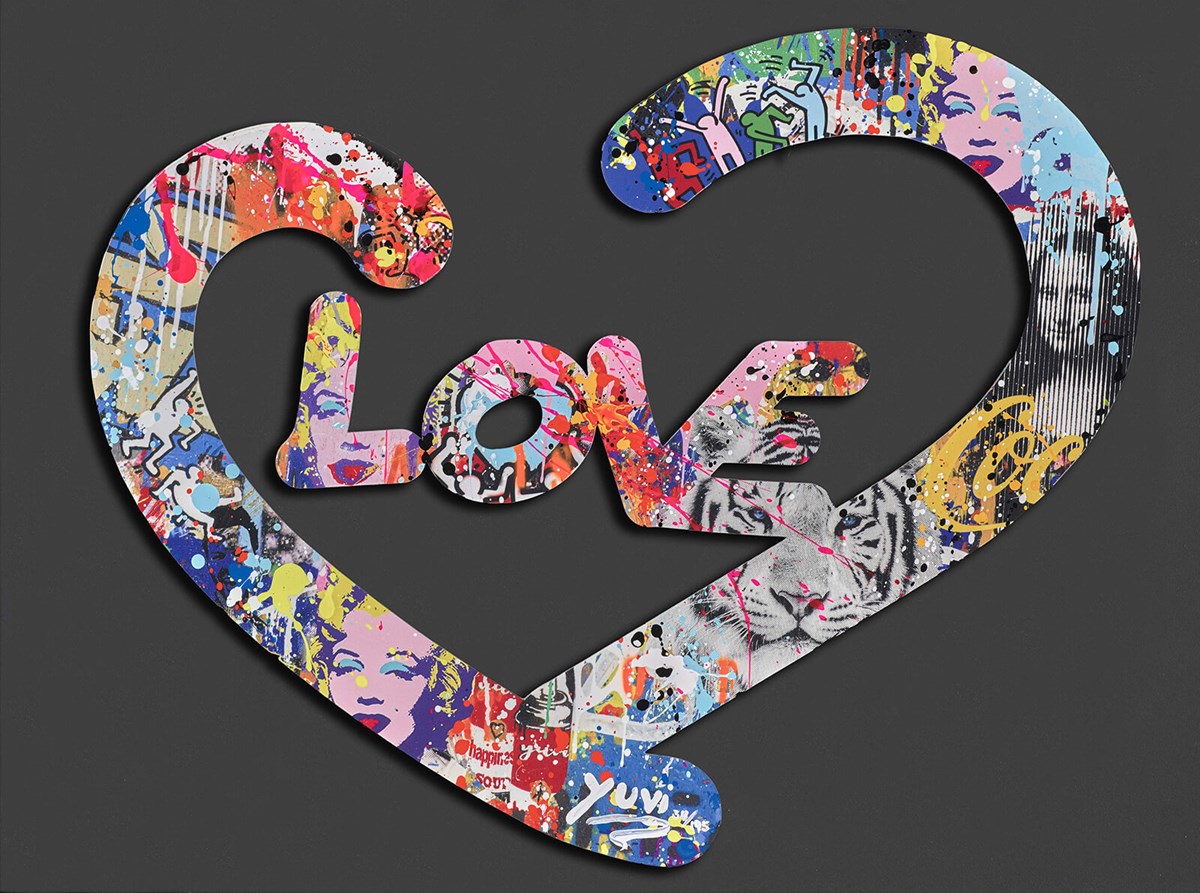 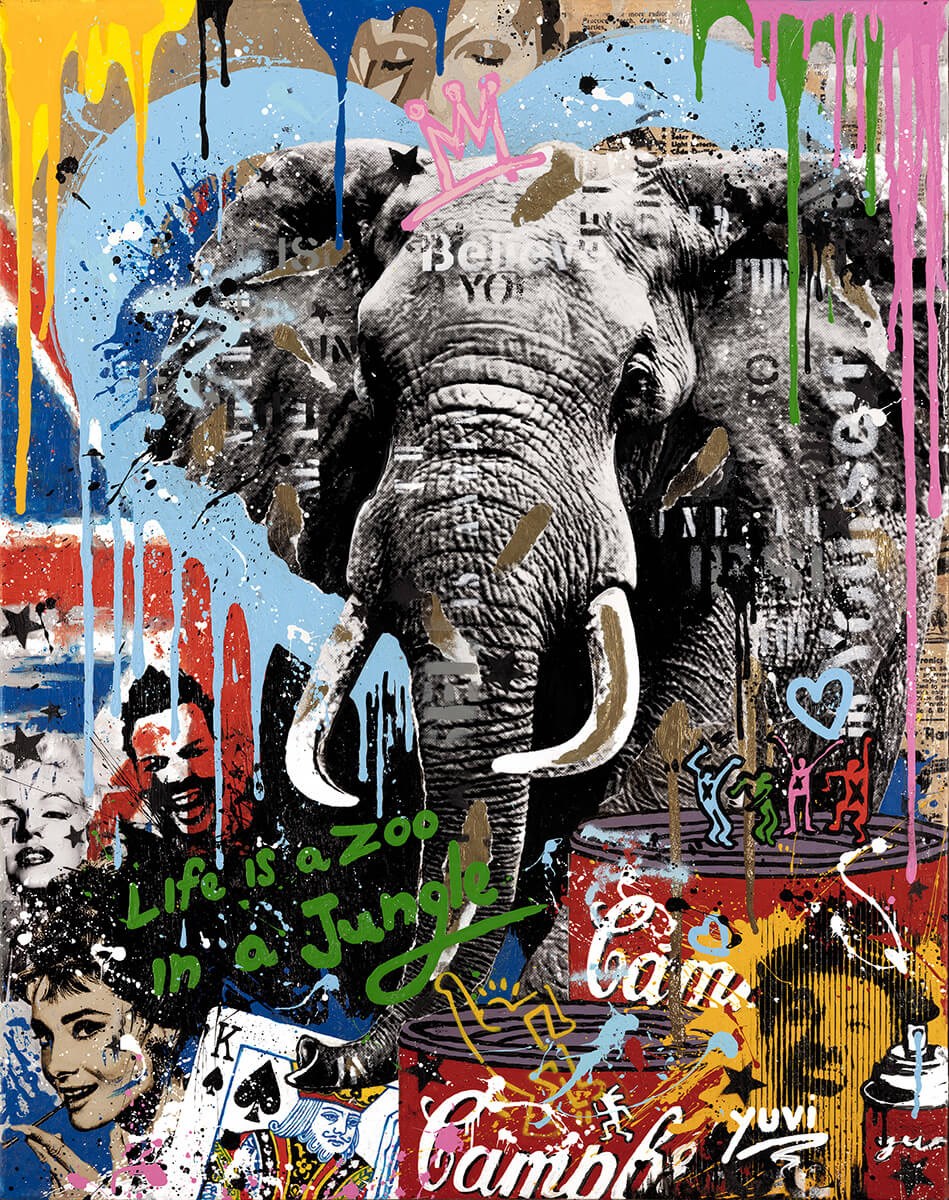